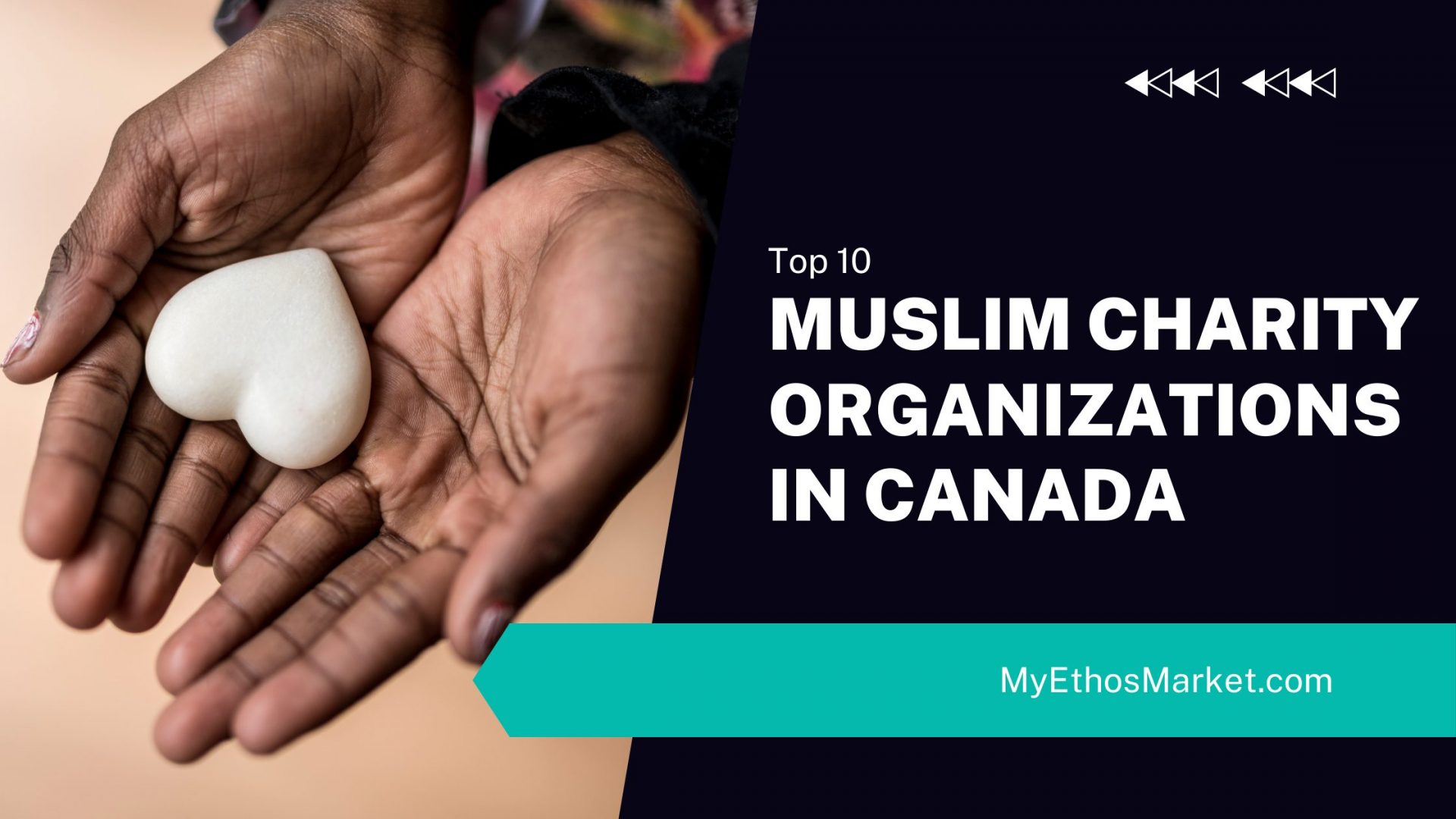 Donating in the way of Allah for the poor and the needy is every Muslim’s responsibility and priority. When trying to find an organization to donate to, one often hits dead ends in vetting the charity or finding legit, non-profit organizations.

To help you overcome this lag, we have compiled a list of 10 Muslim charity organizations in Canada (2021 edition).

All of these charities have been vetted, and their work has been reviewed online to make sure they really deserve to receive your next donation!

Founded in Toronto, Ontario, in 1993, Muslim Welfare Canada is a non-profit organization that provides financial support to individuals and families in need. The charity helps by providing money for rent or utility bills, clothing, hygiene products, hospital visits, and much more.

Working with other organizations, including Islamic Relief Canada and The Feed Project, has helped expand MWC’s reach across Ontario. MWC serves several thousand families each year with over $100,000 of aid annually.

The Minhaj Welfare Foundation is a charity organization whose vision is to develop and train Canadian Muslims to be positive, successful, and active members of society.

The Minhaj Welfare Foundation aims to improve educational opportunities for disadvantaged children across Canada by providing school kits and financial support for children at risk of dropping out of school. Over one million students have benefited from their educational programs and had an opportunity to continue schooling.

To date, 93% of these students have graduated high school, and over 80% have pursued post-secondary education. The charity foundation has been rated highly by several listings in Canada.

Based out of Halifax, Nova Scotia, The Islamic Association of Nova Scotia is a charitable organization that provides help to people struggling with poverty. The foundation was laid as early as 1968, and over time, structural reforms have benefitted the organization to work with dedication for the people.

Today,  IANS helps refugees, new immigrants, and low-income families provide food baskets and school supplies. It also assists with immigration matters for non-Muslims looking to move to Canada. IANS can provide so much assistance because of its partnership with other Muslim charity organizations in Canada.

The Nova Scotia, Islamic Community Centre, is a charity organization that provides help to Muslims and other marginalized groups living in Nova Scotia. It prides itself on developing mosques and fulfilling social needs for Muslims to benefit from.

These projects then become landmarks for belief, enlightenment, education, and guidance.

NSICC also arranges Eid prayers, feeding and dining facilities for functions, and funeral services while maintaining the cemetery in Truro.

This charity was established in 1985 and worked tirelessly for the Muslim community as a non-profit, non-political organization. Volunteers run the mosque and library, and scores of Muslims earn education here as well.

The charity works dedicatedly to facilitate the local community in any of their trying times.

They also encourage Brethren to lead the Friday prayers to engage the community in Religious affairs.

Formed in 1995, the Fredericton Islamic Association was created to serve Muslims living in and around Fredericton, New Maryland, Oromocto, Canadian Forces Base (CFB) Gagetown, Woodstock, including Muslim students from across the world attending the University of New Brunswick (UNB) and St. Thomas University (STU).

To qualify for membership at FIA, one must be a practicing Sunni Muslim with no history of criminal behavior or violence against Muslims or non-Muslims. Activities organized by FIA include evening prayer services on Fridays and Eid celebrations during Ramadan.

Since its founding, FIA has attracted hundreds of members from across New Brunswick. The Fredericton Islamic Children Education runs classes on Sunday for kids aged 6-13 and from grade kindergarten to grade 6.

They’re one of Canada’s leading Muslim charities, and they operate several programs that build connections between people, strengthen their communities and promote respect and harmony among different faiths.

They’ve been providing non-profit social services since 1999. In 2011, they became one of just six Muslim Charities named a National Recommended Charity by Imagine Canada.

Their work is worth celebrating – which is why we recognize them as one of our top Muslim charities in 2021!

Located in Mississauga, Ontario, Muslim Hands Charity Organization started in 1993 as a small team of volunteers who collected money, clothes, and medicine for the struggling settlers from Bosnia.

It has since then grown into a respectable NGO with charity services all over the world. They have managed national emergencies in Canada and established long-term projects like schools, health clinics, and livelihood programs.

The Islamic Centre of Quebec, better known as ICQ, was established in 1993 to provide services for Muslims living in Quebec. The organization’s primary mandate is serving Muslims through prayer facilities, religious education, social work, and community outreach programs.

Some of ICQ’s most popular outreach initiatives include free monthly iftar meals during Ramadan and an annual Muslims at Work conference where Muslim professionals share tips on career management.

The Islamic Centre of Quebec also operates a summer camp that welcomes children from families who cannot afford registration fees elsewhere. Since its inception, ICQ has become one of Canada’s largest Muslim organizations, with many chapters across North America.

Established in 1966, BCMA has grown to be the largest representative organization for Sunni Muslims in British Columbia.

The B.C. Muslim School (BCMS) Richmond and Surrey Muslim School with a preschool and an elementary and secondary school educate the children of the underprivileged community.

A high school under the BCMA is also in the books. Other community services include facilitating Hajj, dawah, media affairs and issues concerning Muslims, marriage and counseling, youth services, and halal certifications.

They are ever welcoming of new members and take on board anyone who comes on their doorstep for the sake of their rehabilitation.

Best 10 Halal Restaurants in Mississauga in 2022

10 Best Places To Get Halal Burger In Canada